On Monday, my brother, sister-in-law and I took three of our nephews down to Circular Quay to explore the Sydney Harbour Bridge/Opera House/Botanic Gardens area.  We dealt with the bright midday sun for photos of these iconic sights, but I thought I’d share them anyway. The highlight of the day for my nephews happened during our picnic lunch.  The six of us were sitting eating our food on a hillside when all of a sudden a kookaburra swooped down right beside us and landed in front of us with a piece of ham in its mouth. My seven-year-old nephew, John, called out, “Ouch!” and held his sandwich up to us. The kookaburra had taken the piece of ham out of his sandwich that John was holding up beside him between bites! It was unbelievable! Thankfully John wasn’t hurt badly and now he has a good story to tell.  🙂

In the afternoon, my brother Lee and I did the Bridge Climb on the Sydney Harbour Bridge.  It was a once-in-a-lifetime memorable experience.  The only bad part was that I couldn’t take a camera with me, but at the same time I was forced to just take it all in and not worry about camera settings. 🙂  We had perfect weather for the trek- the sun lit up the opera house and city skyline perfectly.  It’s hard to describe how beautiful it was up there with a 360 degree view.  They gave us lots of time to drink it all in.  It was great to see the bridge construction from so many angles by climbing through it and above it.  At one point we were climbing a ladder with cars driving past on both sides of us.  The view was honestly breathtaking- the harbor out to the coast, the opera house, the city buildings and suburbs sprawling all the way out to the blue mountains.

Here are some photo highlights from the day. 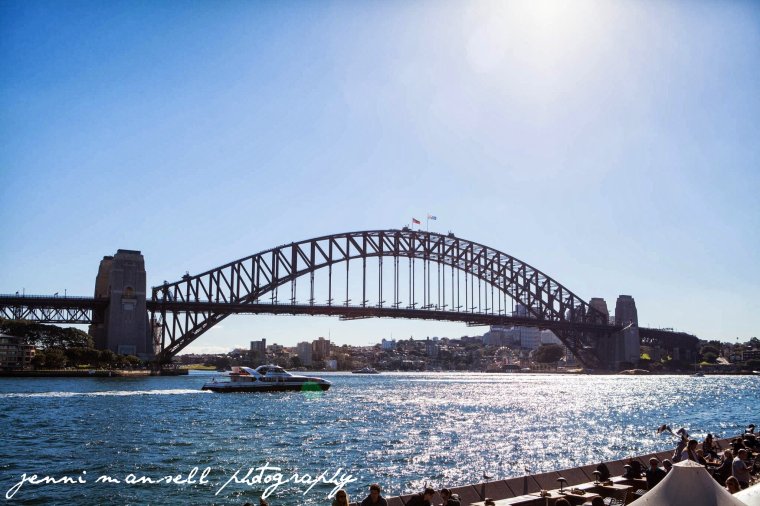 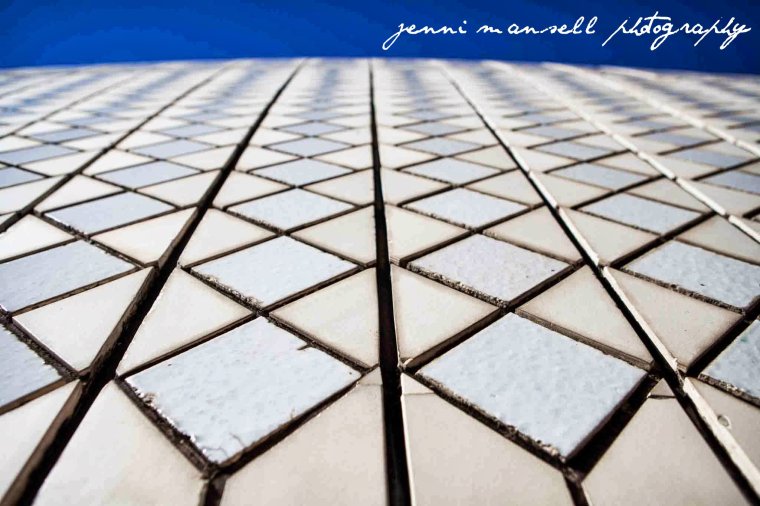 A close-up of the opera house roof tiles. 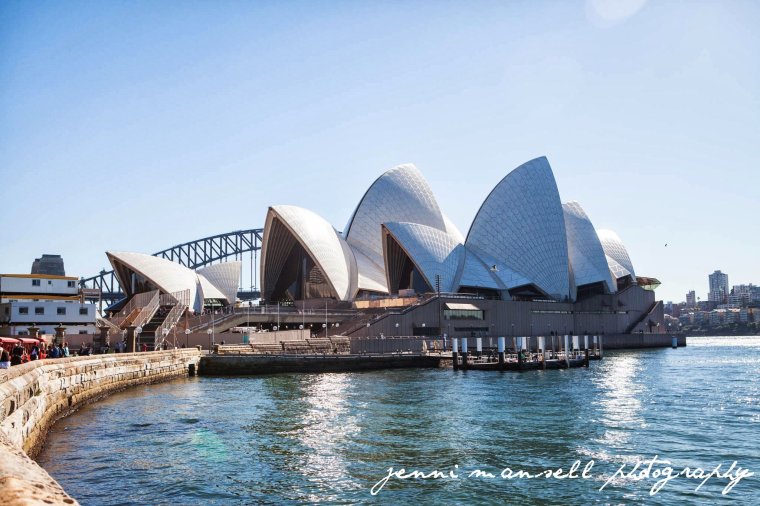 View from the Botanic Gardens 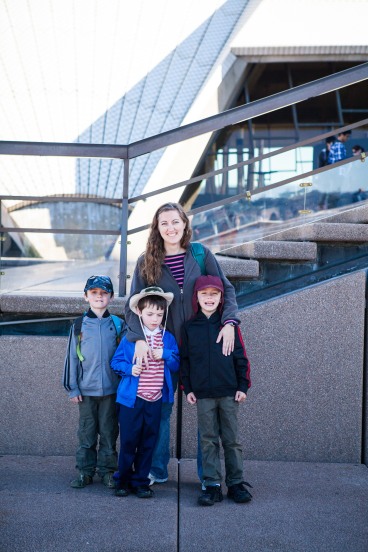 With my nephews by the opera house

My brother and sister-in-law with our nephews.

The kookaburra that stole John’s ham in the tree.

My brother Lee and I on our bridge climb.

Walking back to the train after the climb- this was a great walkway off of Cumberland St. 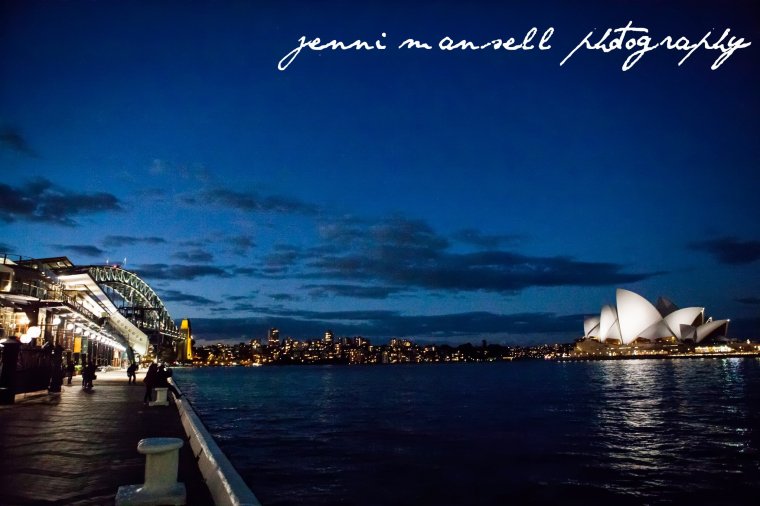 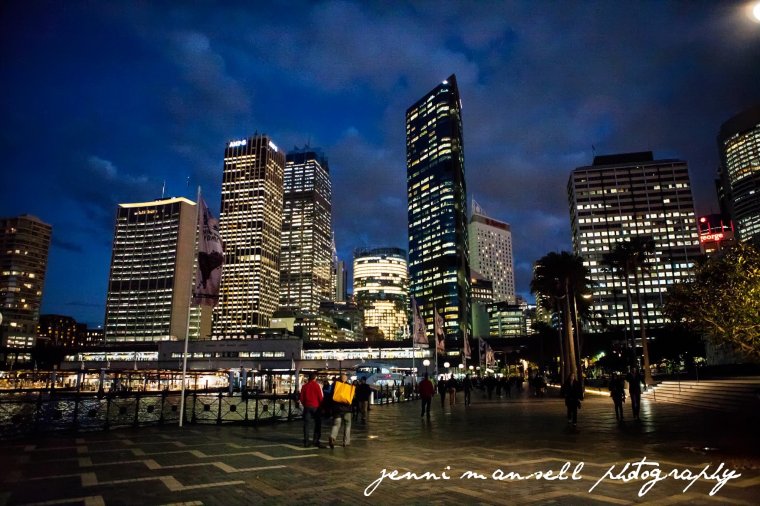 Just in case you haven’t seen enough pics of the opera house, here’s one more. 🙂

This entry was posted on July 10, 2013 by jennimansellphotography. It was filed under Personal, Travel and was tagged with Bridge Climb Sydney, Circular Quay, Sydney, sydney harbour bridge, Sydney Opera House.